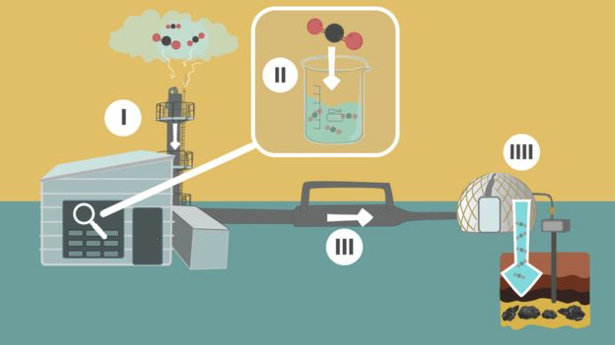 This figure shows the general idea behind CarbFix: I) capture of CO2 released from the power plant; ii) dissolution of the CO2 into water; iii) transport of the carbon-rich water to the injection site; iv) injection into basalt and carbon mineralisation. Source: CarbFix.

In the last few years it has increasingly become clear that, in order to limit global warming below dangerous levels of 1.5°C, carbon must be artificially removed from the atmosphere. Simply reducing carbon emissions is critical, but is also no longer enough. There are a number of different potential “negative emissions” technologies being developed or trialled.

Of these, “mineral carbonation” is one of the more promising techniques. It enhances a natural carbon drawdown process: the precipitation of calcium carbonate. Carbonate contains carbon, so its formation removes carbon from the atmosphere.

The CarbFix experiment (https://www.carbfix.com) precipitates carbonate by pumping CO2 dissolved in water into basaltic groundwater aquifers. The idea is that the carbon to make carbonate comes from the dissolved CO2, while the calcium necessary to make calcium carbonate (CaCO3) comes from dissolving the surrounding basalt.

Over 70% of the injected carbon was mineralised (removed) in two years (165 of the 220 tons of CO2 injected), meaning that CarbFix is a very fast and efficient carbon sequestration technique. Our study also now means that rapid carbon mineralisation has been confirmed at CarbFix through two independent methods. Overall then, mineral carbonation is fast enough to mean that it has a lot of potential as a method for helping us combat climate change.

The next step is to analyse the CarbFix2 experiment, which has progressed from the pilot study (CarbFix) to the industrial scale, including direct air capture of CO2. CarbFix, CarbFix2 and our Ca isotope study are all funded by different grants from the European Union. 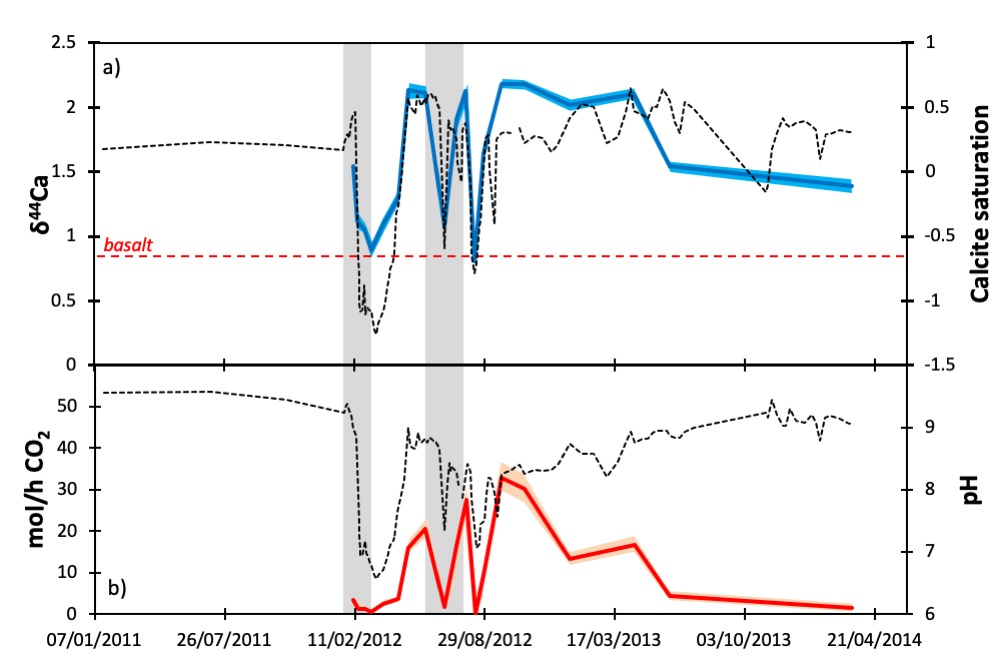 We are having an exciting week.... here in Bergen.    This week we are at the 14th International Conference on Paleoceanography.  More info and pictures to follow. 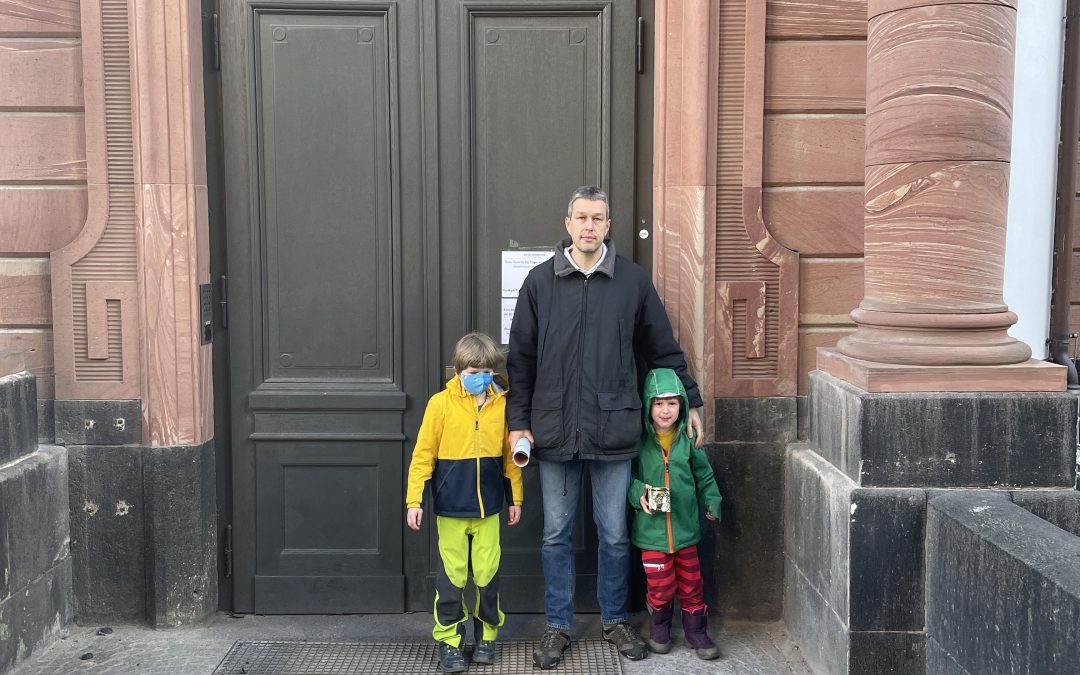 Talk at the Physikalische Gesellschaft

Talk at the Physikalische Gesellschaft